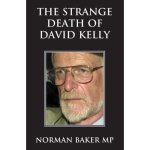 With the Chilcott Inquiry proving a much more exacting process than many of us imagined it might, curiosity provoked me to buy a copy of The Strange Death of David Kelly by Norman Baker MP. Norman Baker stepped down from the Lib Dem front bench after the 2005 election, despite the offer to continue as Environment spokesman, so that he could spend time investigating the circumstances surrounding the sudden death of the United Nations’ pre-eminent expert on weapons inspections.

My curiosity was also piqued by the news that emerged earlier this year that Lord Hutton had requested a gagging order of 70 years on documents relating to Dr Kelly’s death, including the post-mortem reports and photographs. His inquiry was widely condemned at the time as a white-wash. I remember seeing the size of the report, watching MPs responding to its conclusions as presented by Tony Blair to the House of Commons,  and wondering how on earth they could make any sense of something so vast, with so much evidence, in the sort amount of time available to them to prepare for a government statement. Speaking to the BBC on 26 January 2010 about the gagging order, Norman Baker was typically forthright:

“It’s astonishing and unheard-of for material of this nature to be hidden away for any length of time, let alone 70 years.

Coroners’ inquests are held in public. Lord Hutton’s inquiry was unique in its format and unique in requesting restrictions of this nature.

His statement today undermines the validity of his own inquiry and gives further justification to the case being made by many for a proper inquest to be held into this most public of deaths.”

Writing in the Daily Mail on 25 January 2010, Norman Baker was even more blunt:

“Now we learn that evidence which was not presented at the inquiry has been locked away for 70 years – and this inquiry, remember, was to subject Dr David Kelly’s death to public scrutiny.

How could Lord Hutton have got it so wrong?

The reality is that his inquiry was fixed by Blair and his cohorts to produce the right result. If you put down the tracks, that’s the way the train goes.”

Think back seven years, to the frantic stories over the validity of the “dodgy dossier”, or to the earlier dossier with its claims that Iraq could deploy weapons of mass destruction in just 45 minutes. Think back to the surreal reports that Dr David Kelly had been found dead, just two days after he carefully and professionally gave evidence to the International Affairs Select Committee.

Seven years later, out of the Helleresque maelstrom of torturous logic twists that characterised so much of the political conversation at the time, it is easy to sweep this under the carpet of history and wait for it to quietly disappear. Commentators and analysts help push the subject to the margins, keen to avoid attracting career-hindering labels. A knowing journalistic smile places those who ask difficult questions in the company of loony conspiracists and authors of badly-formatted underground websites, moments before the jingling traffic report is read and the story is forgotten. Despite even Baroness Scotland writing to Sir John Chilcott to request that the inquiry include the death of David Kelly, a quick search of the transcript of evidence given by Tony Blair to the Chilcott Inquiry reveals David Kelly’s name doesn’t occur once.

As Norman Baker reminds us, we like to think that unpleasant things like political murder don’t occur in Britain.

So what of Georgi Markov?

What of Roberto Calvi?

What of Alexander Litvinenko?

If you are not going to buy the book, you can read a summary of the many questions in this article published by Norman Baker in the Daily Mail in October 2007.